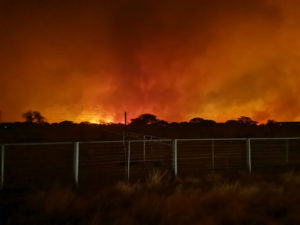 A firefighter was injured and had to be rushed to hospital after runaway fires wreaked havoc in the Northern Cape on Thursday.
Sol Plaatje municipality spokesperson Sello Matsie said the firefighter suffered burn wounds to his arm and chest.

An estimated 150 firefighters and 50 vehicles were on the scene.
Emergency services were also in attendance.

“The strong winds made it very difficult to fight the fire. Two helicopters bombed the fire with water,” Matsie said
The fire was brought under control at around 2am on Friday. Northern Cape Premier Zamani Saul who flew over the affected areas on Friday afternoon, said more than 100,000 hectares of grazing land were damaged.

He said a fresh fire broke out in Koopmansfontein in the province on Friday afternoon.
“All these veld fires are under control and we are containing them.”
Saul called on locals to be “extra vigilant”.
#TimesLive
https://www.timeslive.co.za/news/south-africa/2020-10-23-firefighter-injured-as-blazes-wreak-havoc-in-northern-cape/ 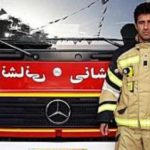