The Volunteer Wildfire Services is honouring their female heroes this Women’s Month and the first to feature here is Slee Mbhele; an inspiration to all!

Cape Town, South Africa (14 August 2020) – The Volunteer Wildfire Services (VWS) is honouring all the female heroes on their team this month for Women’s Month. Each Friday they bestow the honour to one of their Female Firefighters and this week the honour goes to Slee Mbhele.

Slee has been a volunteer firefighter for two years, being stationed at the Newlands Station. She is dedicated and is currently training for her third wildfire fire season. When Slee isn’t dedicating her time to being a volunteer firefighter, she is a Medical researcher and project manager for The Department of Human Biology at UCT and a boss lady Founder and CEO of Life On Ice PTY Ltd (a medical storage specimen facility).

The team asked her what inspired her to become a volunteer firefighter.

“I joined VWS because I wanted to get involved in serving the community. One night after all the Muizenberg fires, I felt so helpless and it finally came to me, this is how I can get involved. I looked it up then and got all the info. Unfortunately found out I had missed the training/intake season for that year. That didn’t stop me from sending the email to still enquire and expressed how eager I was to get involved.

I had forgotten about that email, a few months later; I got an email from VWS with orientation and intake details if I was still interested. It’s an email that changed my life… At the time, my life was falling apart, joining VWS gave me purpose again and a yellow family!”

Slee physically gets out there and fights the fires that flare up every season.

“I believe all roles within the organisation are equally important. We are a link in a chain, we depend on each as a crew and a team to getting the job done!”
When asked what challenges she has faced as a woman in what is generally seen as a man’s world, Slee gave an answer so profound; we sat with chills!

“Surprise surprise, fire has no gender and it doesn’t discriminate… Here is one of the moments I will never forget as long as I live. It was my first season as a firefighter, my second fire, so very much still a rookie. We are on the fireline with active flames, my crew leader needed specific information to be passed down to the driver, who was on the road with the vehicle…

The crew leader passed on the message to me (I was closest to him) without hesitation. What would have seemed normal, became the most memorable to me. I had full PPE, wet and muddy, he had no idea whether he was sending a male or female to pass on the message to the driver. At that moment, I had a pin drop. I realized my gender nor race didn’t matter. I was part of the crew because I had trained as hard as everybody, regardless of gender… I had found my tribe, that believes in equality!

Unfortunately, that doesn’t mean there are no challenges outside VWS, women get harrassed daily and the ignorance in some cultures think harassing a woman is the same as giving her “compliments” Hauling at the top of your lungs as I walk past isn’t complimentary!”

The team finished off her interview by asking what message she has for other women looking to do something like VWS?

“Gender should never be a barrier to achieving your dreams.”

She ended off with the quote “Follow your passion, be prepared to work hard and sacrifice, and above all, and don’t let anyone limit your dreams” – Donovan Bailey.
#Source: Volunteer Wildfire Services
https://www.goodthingsguy.com/people/vis-heroes-womens-month/ 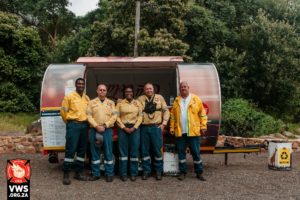 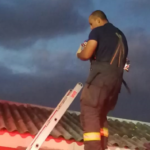 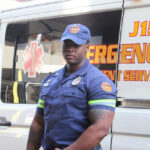