JOHANNESBURG – The Johannesburg Metro police (JMPD) on Thursday used rubber bullets to disperse protesters who had blocked Raheema Moosa Street in the CBD.

JMPD spokesperson Wayne Minnaar said a group of foreign nationals had attacked policing officials but added that he was unsure yet as to the reason for this.

“Officers fired rubber bullets to disperse on group of protesters that were blocking Raheema Moosa Street,” said Minnaar. “JMPD officers have been deployed to control the situation.”

“Traffic is congested in the inner city due to vehicles being diverted.” 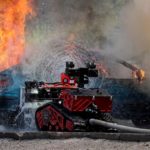 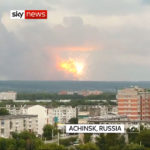