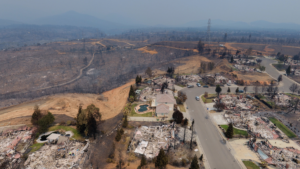 After killing 87 people and destroying nearly 14 000 homes, the deadliest and most destructive wildfire in California history is 100 percent contained.

Authorities battling the Fire made the announcement on Sunday morning, after spending 17 days beating back a blaze that roared through Butte County, north of Sacramento.

The Camp Fire has burned through more than 153 000 acres, a charred swath of land larger than Chicago.

Authorities expect the death toll to continue to rise: 249 people are still unaccounted for.
And thousands of displaced people – crammed into emergency shelters and hotels or camping outdoors in below-freezing temperatures – face an uncertain future.
The weather helped the 1,065 firefighters: Three days of rain helped crews finally get a foothold. 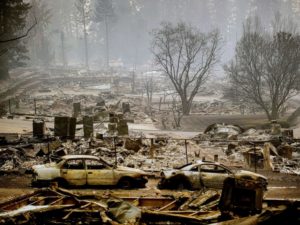 But the downpours presented new dangers to displaced residents, some of whom were seeing home for the first time in weeks.
“Areas experiencing significant rainfall following a wildfire are at risk for debris flows and flash flooding,” the Butte County Sheriff’s Office warned.
Credit: The Washington Post 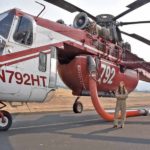 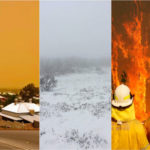